By Friends of MithraJuly 13, 2017Comments Disabled 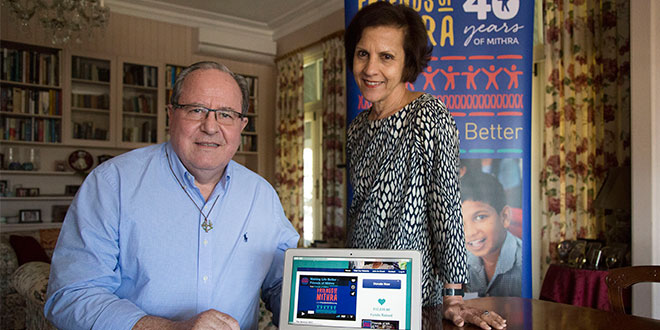 Loyal supporters of an Australian nun who started a rehabilitation centre in India for children with disabilities have raised nearly $13,000 for a charity funding the centre.

Brisbane-based charity Friends of Mithra is the sole financial supporter in Queensland for the Mithra Rehabilitation Centre (Mithra) in Chennai, founded by former Brisbane nun Sr Mary Theodore. In Adelaide, Australind Children’s Fund has also been a great supporter for many years.

Sr Theodore devoted the last 50 years of her life to caring for children with mental and physical disabilities children in India, many of whom are shunned by the families.

After ministering to the poor in India, she opened Chennai’s first rehabilitation centre for poor children with disabilities in 1977.

One of the original dormitories built for girls with disabilities was flooded out in 2015 by a monsoon, the worst to hit the city in 100 years. The sisters who look after the centre, the Servites of the Seven Sorrows of Mary, were forced to carry the girls out of the building.

While stumps and the foundations have already been laid for a new dormitory, proceeds from the latest fundraiser will help to carry it towards completion.

Friends of Mithra president Christian Brother Rob Callen, who has visited Mithra with high school and university students 30 times since 1988, said the fundraiser’s success came down to the loyalty of Queenslanders who remembered Sr Theodore.

“We’ve got loyal supporters that have always been loyal to the family and Sr Mary Theodore,” Br Callen said. “We want to say thank you to them and keep on remembering us.”

Br Callen said Sr Theodore was an inspiration to him as a religious brother. “I’ve been going for 30 years and I just found Sr Theodore an inspiration to me personally as a Christian Brother (in) her vision for these children,” he said.  “In India there is help for children with disability but not for poor children with disabilities. Mithra’s children are from the slums and poor families.”

Among the other Queensland supporters is Sr Theodore’s niece, Helen Mahoney OAM. Mrs Mahoney was a young girl when she first started sending money to her aunt and has visited Mithra several times since her aunt’s death.  She has been instrumental in getting Friends of Mithra off the ground.

“When I got (to India) for (Sr Theodore’s) funeral, and when we went to the funeral, it suddenly hit me that the impression and love that she developed with the Indian people was just overwhelming,” Mrs Mahoney said. “I thought we can’t let that just go with her. “What she’s developed here and what she’s developed within the community there, somehow or another we had to keep it alive.”

Mrs Mahoney said the construction of the new dormitory would cost $250,000.

To make a Gift to Mithra visit Friends of Mithra DONATE NOW.

FROM LITTLE THINGS…
INVITATION TO GET INVOLVED 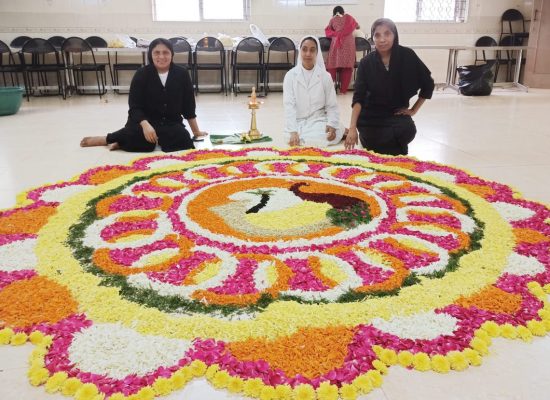