How did Mithra begin?

Mithra began in 1977 and was founded by Sister Mary Theodore (a Catholic nun from Brisbane) in response to a serious need she saw in the slums of Madras. At that time, and still even today, children with disabilities are catered for if their parents can afford such services. But Sr Mary Theodore saw that children with disabilities in the slums were neglected. Her mission was to convince their parents that all of these children had potential and could be educated and rehabilitated to a greater or lesser extent. After she acquired the land on the outskirts of Anna Nagar, she and her helpers would visit families and win their trust and confidence. She encouraged the parents to bring these children to her new centre. The original Mithra was built with the simple and typical South Indian thatched building materials, until Sister could visit friends and family in Australia to seek donations, and build more substantial buildings. 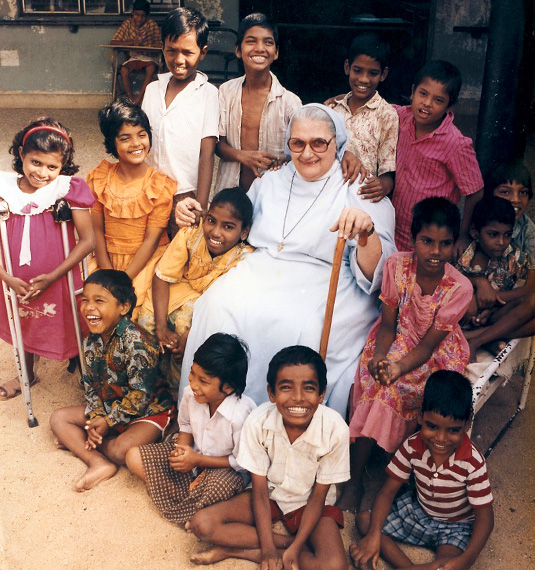 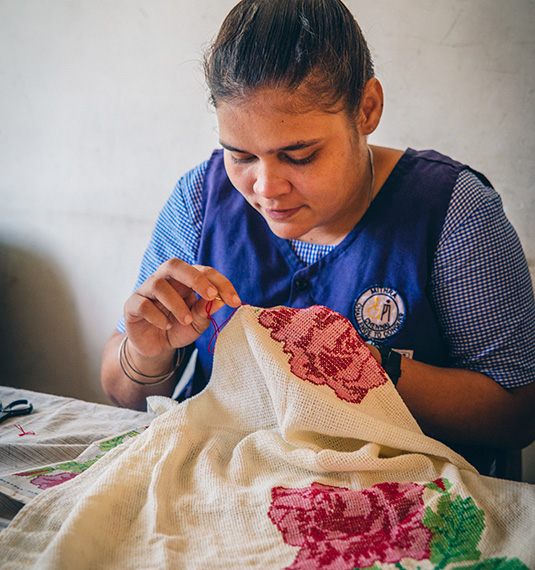 Is Mithra an orphanage?

No Mithra is not an orphanage. It is a rehabilitation centre for children and young adults with either intellectual or physical disabilities or both. Most children and young people who benefit from Mithra’s services reside at Mithra because they live too far away for daily public transport, and because they require more help than their parents are able to manage.

Since the beginning in 1977, many of the children have learned and developed independent living skills. They have returned home and found simple jobs. Others, however, have such severe disabilities, that they have stayed on at Mithra. The challenge for the staff at Mithra has been to find meaningful tasks and teach vocational skills that enable these, now young adults, to engage in meaningful and productive jobs. Some of these vocational tasks include: producing shopping bags, making greeting cards, making jewellery, sewing, envelope-making and candle making. Many of these products are sold.

Who are the Servite Sisters?

When her own congregation, the Franciscan Missionaries of Mary, were unable to expand into this new ministry at Mithra, Sr Mary Theodore’s dreamed of starting her own little congregation. Some girls joined but stayed only a short while. Sr Mary Theodore was overstretched establishing Mithra. She had little time for the formation of young Sisters. Her greatest, desire, however, was to have young Indian Sisters to carry on her work. From the earliest days, Sister Mary Theodore had a close association with the Servite Friars from Italy who had established a presence in Chennai. Towards the end of her life she asked the priests whether they could find a congregation of Sisters to join her in the special ministry to the poor.  To her delight, in her final years, three Sisters from The Congregation of the Sisters Servants of Our Lady of Sorrows came from Kerala to join in her special mission to the poor. Sr Mary Theodore referred to these Sisters as her “Angels”. The Servite Sisters continue to dedicate their lives to the well-being of the children and young people of Mithra.

Read more about the Sisters here. 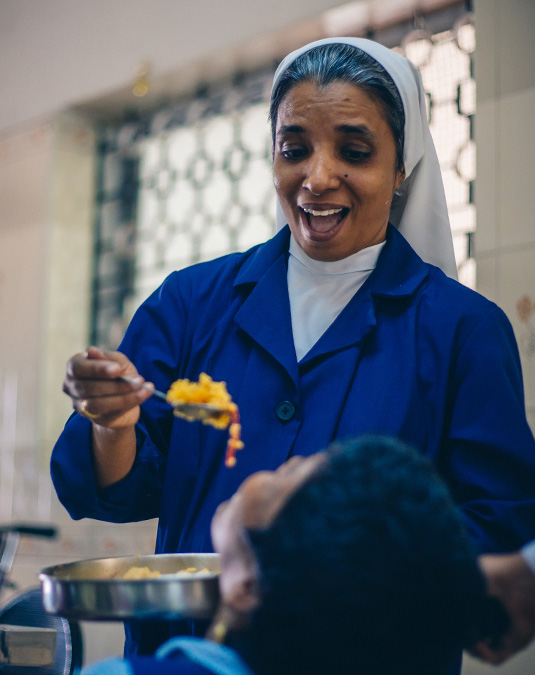 What is the difference between charity & sustainable development?

Sr Mary’s Theodore’s vision for MITHRA was never to create a nursing home. Although the language now sounds politically incorrect and jars on the visitor’s ears, Sr Mary Theodore’s vision is captured in the name and acronym she chose for MITHRA – “The Madras Institute to habilitate retarded, afflicted.” And her motto, "Challenge To Conquer", points to her belief that MITHRA was founded to help every child reach his or her potential. MITHRA is also the Sanskrit word for friendship.

Donations to MITHRA have been towards capital projects, to provide buildings that facilitate education and rehabilitations services, as well as provide money for the recurrent needs such as staff salaries and providing food for the children.

Those responsible for keeping MITHRA viable are constantly looking for ways to become more self sufficient and less reliant on foreign donations. However, the needs are so great, total self-sufficiency is still a long way off. 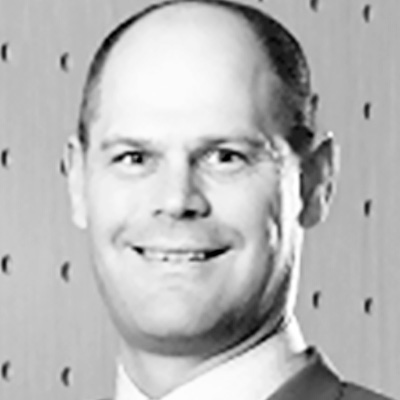 Nick is a lawyer and a partner of the law firm, Wotton + Kearney, and is based in Melbourne. Nick first travelled to India in 1992 as part of Rostrevor College’s third Pilgrimage Through India and has returned to India on a couple of occasions since. He has served as a committee member on a number of non-for-profit associations over the years, and is passionate about MITHRA and the work it does for the children and families of Chennai. 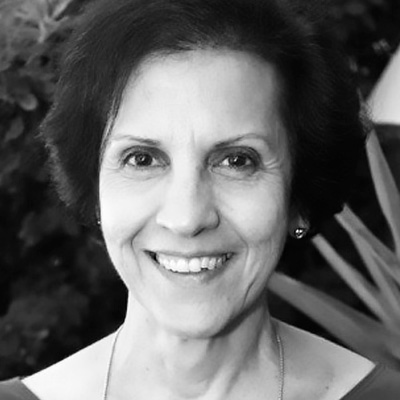 Helen was a Board Member of St Joseph’s College, Gregory Terrace, Brisbane for 10 years.  Four of those years were as Board Chair. Presently she is a Board Member of Edmund Rice Education Australia.  Helen is the niece of Sr. Mary Theodore, the founder of Mithra, and is a visiting member of the Managing Committee of Mithra. 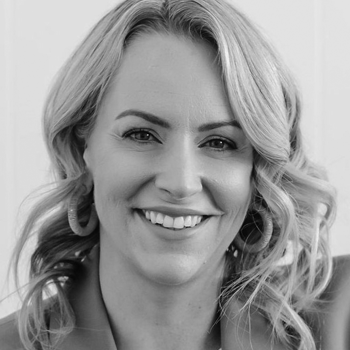 Danielle is a Clinical Psychologist and Director of Sellick Psychology in Ivanhoe, Melbourne. She has worked in mental health for over 20 years and has a special interest in the topics of compassion and courage. She has authored children’s books Kind to Me and Captain Courageous, with proceeds donated to Friends of Mithra. Danielle first visited Mithra as a teenager and was inspired by the compassion and courage she found there. The organisation is close to her heart. 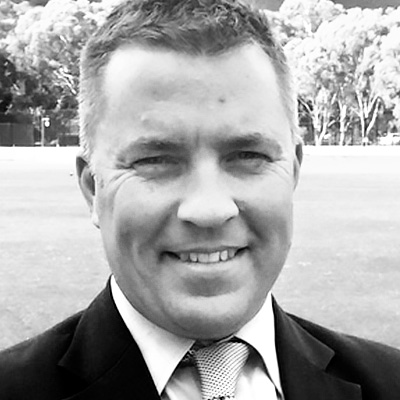 Shane first visited Mithra in 1995 and has led five groups from Saint Ignatius’ College Adelaide on Immersion through India. He currently works at Saint Ignatius as the Administration Dean and the Journey and Immersions Coordinator. He and his wife made it a priority that when their children were old enough that they spent time in Mithra, which they did in 2013. 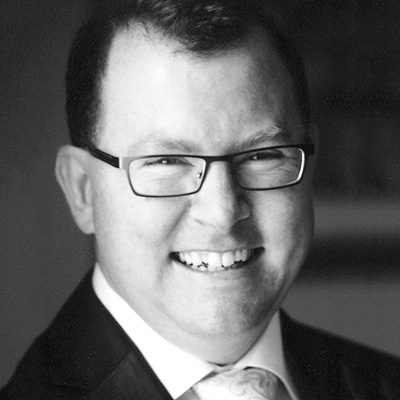 Ben works as an Organisational Change Manager and lives in Melbourne with his wife and daughter.  He is committed to continuing Sr. Theodore’s Mithra vision and contributing to securing its future by mobilising the skills, talents and resources of past Pilgrims and friends. 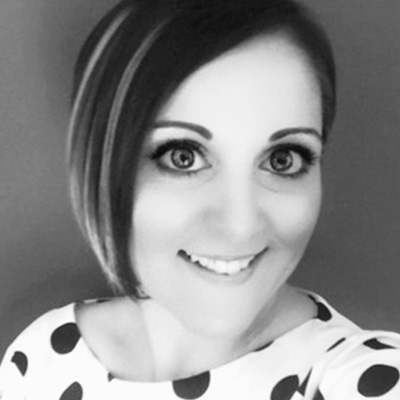 Doreen is the Director of Development and Foundation Executive Officer of St Joseph’s College, Gregory Terrace. As a fundraising and strategic engagement specialist, Doreen’s has lead key campaigns to build brand and engagement with the ultimate objective of raising funds for research and development. Trained as a neuroscientist at the University of Queensland, Doreen has served on a number of Boards including Women in Technology and was a founding member of Women in Biotech. Joining the leadership of Friends of Mithra in 2020, she is a firm believer in the role every Australian plays in enabling individuals to live their best life and aspires to build on our mission to make Friends of Mithra a sustainable source of funding for this important cause. 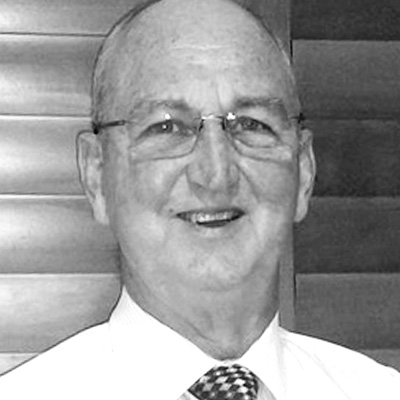 Brendan has had 27 years experience as principal of four Catholic Secondary Colleges in Queensland. Since retiring 2013 he has worked in a part time capacity as an educational consultant performing over 30 consultancies in some fifteen Catholic schools and colleges.

On a trip to India in 2014 he had the opportunity to visit Mithra and was moved by the experience and impelled to provide assistance. Since then he has worked in support of Friends of Mithra activities. Brendan’s knowledge of schools and his network of contacts will enable him to promote the work of Mithra within the educational sector. He has a proven record of organisational competence and the capacity to build community.