Home / Guests - Volunteering / A REASON TO BE GRATEFUL
GuestsVolunteering

By Friends of MithraAugust 23, 2017Comments Disabled 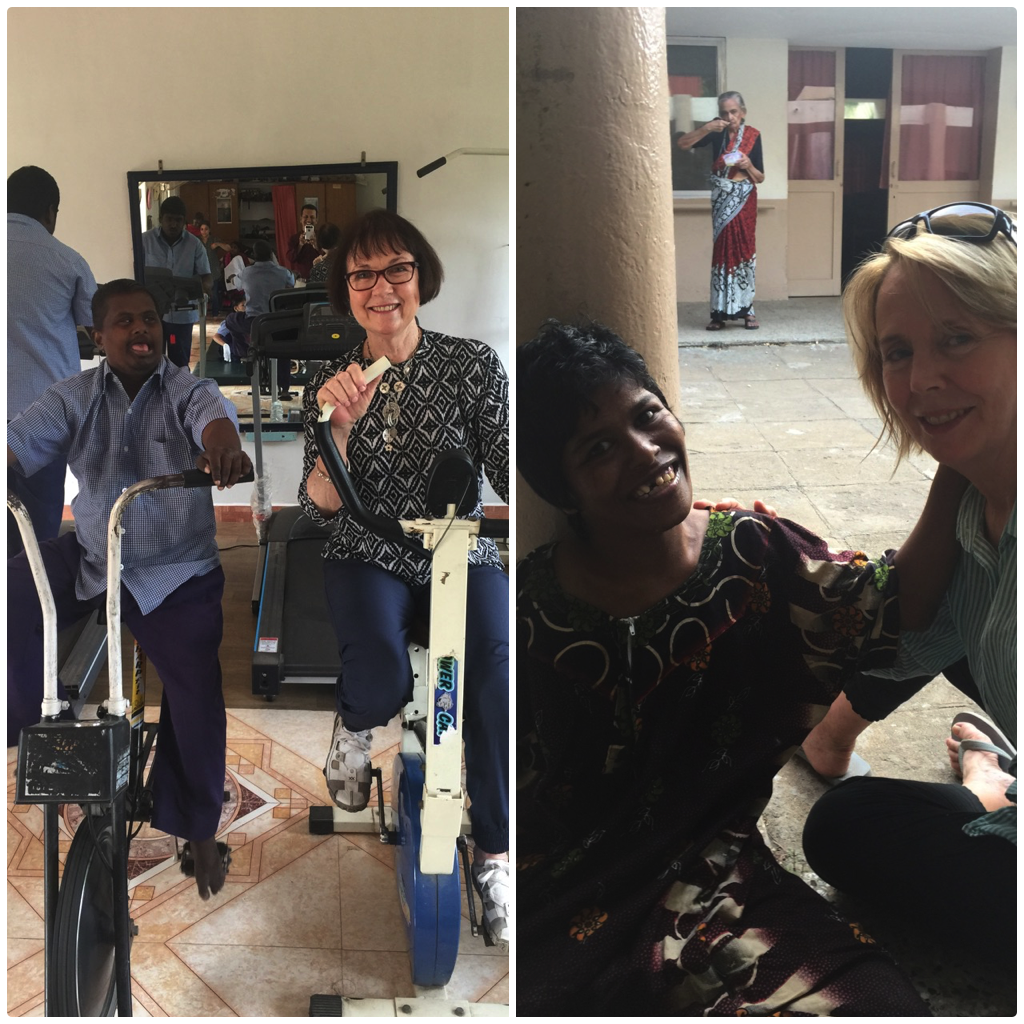 On Saturday July 29th Cheryl Denton and I flew to India to spend 5 days working with the staff and children at Mithra Rehabilitation Centre in Chennai.

After an overnight stay at the Beverly Hotel we travelled by tuk tuk to Mithra where we were warmly welcomed by Sisters Manju, Judith and Leema and the children.

One thing that touched my heart was that a young man who claimed me as his ‘girlfriend’ on my trip in 2016, recognised me immediately and welcomed me with a warm hug.

We met with Dr Sukumar, the Director, and were given an introduction to some of the history of the Centre before joining the children in their Monday morning assembly.

After lunch Cheryl and I were taken to observe the Life Skills programme which has been newly introduced at Mithra. It was here we met a young girl, Angel who has Cerebral Palsy. She was very keen to share some of what she had learned at the Centre with us.

The following day I spent time at the Physio room working with the children and the Physiotherapist, Saravanakumar Manivannan.  I met Rachel, a young girl who is having intense physio to support her to walk independently. I walked with her twice around the verandah and Saravanan told me that four months ago she was barely standing. She smiled the whole time and was keen to keep going. Cheryl spent the morning with the children in the Life Skills Programme getting to know the students.

Later in the afternoon we bought ice-cream for the children, all of whom were so excited by this treat.

Each lunch time we assisted with the feeding of the children in the dining room. It was during this time that Cheryl formed a bond with a young lady, Daisy.

As it was Sister Leema’s birthday the following day we celebrated by attending a mass in her honour and shared breakfast with the sisters, whose generosity was very humbling.

The following morning I worked again with Saravanan in the Physio room. Cheryl returned to the Life Skills programme where the students expressed keen interest in working on tasks which develop their independence in dressing, self-care and some housekeeping activities.

In the afternoon we visited the rooms where the young people were making table cloths and serviettes, and carving candles. What an art!!

One particularly entertaining episode during our stay was when two of the young children locked Cheryl in the classroom. Staff had warned us to lock the door to the room as sometimes the children got up to mischief. I was escorting two little scallywags back down stairs when they escaped and ran back up past me. I wondered where they had got to until I saw two arms waving at me through the window of the classroom and two small boys running away laughing.

On our final day at Mithra I spent some time in the Physio room and the remainder of the morning working with the Occupational Therapists who provided much needed therapy for the children.

After lunch I accepted an invitation from Sr. Leema to join her class. What a wonderful experience! There were eight children in the class and they were kept entertained at my attempts to draw animals. My drawing of a pig sent them into peals of laughter.

Cheryl worked with students in Occupational Therapy, and various classrooms, and we said our goodbyes.

The thing that stood out above all else, were the selfless nature of the sisters, teachers and volunteers. They were generous, kind, funny and playful and each day we found a reason to be grateful.

Our clear impression was that the children were happy, content and excited to engage with us as visitors from another country, which is a great compliment to the dedication and hard work of all involved in the running of Mithra.

Carmel Ellis is the Managing Director of Indooroopilly Montessori Children’s House, and Cheryl Denton is her Personal Assistant. This is the story of their recent Indian Odyssey, and their reflections on their time at Mithra.

ANOTHER FIRST FOR MITHRA
BRIDGE TO BRISBANE 2017 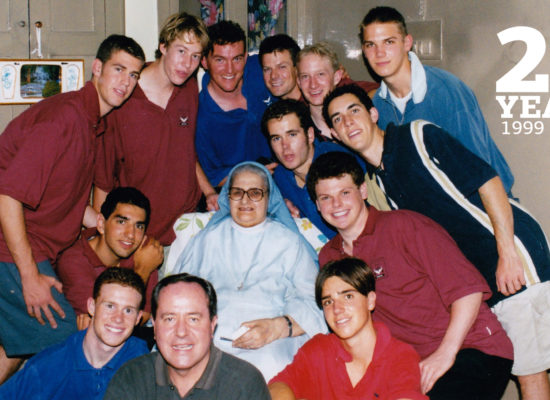 It’s hard to believe that 20 years ago, students from Saint Ignatius College,... 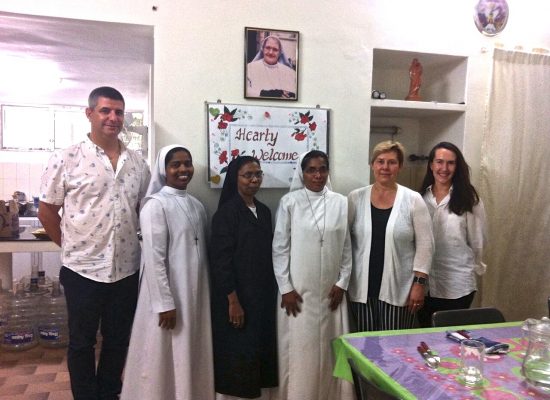 AN OPPORTUNITY FOR TRANSFORMATION

AN OPPORTUNITY FOR TRANSFORMATION

During the first week of the October holidays I led an immersion trip to Chennai,...